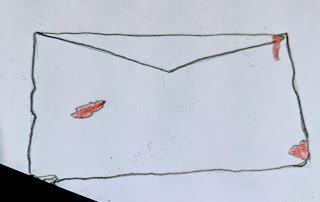 Samuel Thride is a man of secrecy. His presence, when among him, is quite audacious. What he does for a living no one knows. He lives atop Manor Hill, where his mansion sits highest above the neighboring homes.

Many have met him, but they are often met with reservation, rudeness some say, or complete denial of their existence. Some say he is this way because he thinks too highly of himself and no other deserves his attention. While others think he is malnourished in the department of social interaction. Some even believe he may be so intelligent, he has a tough time explaining his joys of possibly complex theories, rather, dumbing them down.

They say he would much rather talk of the world, its history, science, math, and any theories that tie into these categories. He is a tall slender man with disheveled hair that is increasingly thinning by the passing years.

His eyes swaddled in a dark complexion as rest does not seem to be of his liking. Maybe, it is that brain of genius that keeps him up. Upon his face he allows the ever growing of his mustache, which oddly enough, is quite uniformed.

It's bushy and dark, covering his mouth like a broom. His narrow chin levels just at the mid of his Adams Apple. His ears, wide and pronounced. His skin tone lacks any sign of sunlight. This is most likely due to his desire to be indoors contributing to whatever it is he is formulating behind closed doors.

Those that do not know of him personally, which few do, find him more often than not, off putting and rude. But even when polite, his odd mannerisms cause his quaint audience of two or three to feel uneasy, uncomfortable.

Samuel, when approached by strangers he has a habit of brushing his mustache constantly with his thumb and forefinger, as if to spread it apart. Along with this comes the strange need to let his tongue hang slightly from his mouth.

Another oddity of his personality when captive of conversation with those he knows little of, is to step close enough to whom is talking to and place one ear close to their face. As if he is tone deaf, but he clearly is not. As he is often seen sitting in a room at art galleries listening and humming to the soft music that plays.

But despite his strange oddities in what most presume to either be a sign of being uncomfortable in social scenarios or that he is just plain impolite. But some even say he does such things to keep conversations short. He may prefer to be left alone than have drab conversations about himself and what his career consists of.

He has proclaimed in one of few presentations with the extremely wealthy, that he prefers only conversations that support his ever growing need of knowledge. He described at one point, his lack of interest in how most people only wish to know of him rather than learn from him.

But as Samuel kept to his secrecy he became increasingly unwelcomed from his neighboring acquaintances. As times changes so do those that live by him. Eventually, he is left alone as all his friends either die or move to a new city.

As time progresses and his friends lessen in near distance. Samuel draws himself to that of a hermit. But what few know, is he is still growing his knowledge. He orders books from the monthly library catalog and has them sent to his house. As he grows his knowledge he finds ways to better the world.

But they are ways that would force out many businesses and even some of the most powerful business of all. Though he has received many letters over the past year, names unknown, that he should cease his creative endeavor and leave it as a dream. He ignores them and keeps to his work.

Samuel is no slouch to his work nor his heart. He continues as he pleases up until he can no more. Unfortunately that night is tonight, his forty-fifth birthday. Working on his project while listening to Chopin gently in the background. A loud bang is heard from his home by his closest neighbor, who has never found Samuel odd, merely eccentric, but neither wish to be friends.

After hearing the loud bang, his neighbor decides to investigate. He walks up through the small narrowing path between fence line and thickets that leads to Samuel's front walkway. Upon reaching Samuel Thride's house, a man comes jolting out, shoving the neighbor over into the nearby bushes at the front entrance of the house.

After falling, he stands back up and watches as the assailant disappears into the cold evening. He then turns back, sees Samuel Thride walking toward him. But he is walking unusually slow and with his hands clutched to his chest.

Samuel's neighbor rushes over to him and asks him if he is alright. Samuel says nothing, Samuel  removes one hand from his chest, it is covered in blood. The neighbor grows frightened and tries to council Samuel into getting help. But it is too late, Samuel collapses and now lays cold at the feet of his neighbor.

But not before removing a letter from his pocket that isn't sealed and has a stamp on it, but no receiving address. The neighbor leans down and picks it up and pulls out its contents. Inside is a short letter explaining Samuel's situation.

It describes that there are people after him, those that want him dead if he does not stop his new project. But as the neighbor reads the letter and clearly sees Samuel had no fear nor desire to cease. At one point in the letter Samuel even mocks his enemy.

"They are even sending me parts of cadavers, as if I have never seen such things. Send more I say, I would be pleased to thread together something of genius from the remains of the dead. Send it back to them and only hope they shrivel with fear and disgust"

The neighbor finishes the letter and at the end of the letter is a name which Samuel speculates is the man behind it all. But there is no last name to be attached, only the first initial of the last,

Which reads, Thomas E.
---
Hmmm, what are your thoughts on this mystery?
Did you enjoy it, if so why or what could have been better about it?