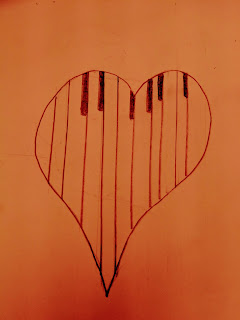 Argus is man with much sadness. He reaps silent tears behind his eyes with each grieving day. His heart is not bitter, but cold. It beats only to the music he plays during those nights of restless thoughts. Where everything coincides with his desperation to be heard.

His music lulls those who struggle severely with many illnesses of the mind. Argus has always been one to think, to contemplate the solution to the angst of the mind. Argus has spent much of his time studying his own behavior and those that he knows personally, which are few; and those he sees passing among the streets. Finding what he lacks by looking to those that have what he seeks.

As well as being a man of music. One day, through his own misery he stumbled upon a song that captured him. That held him so tightly in an emotional embrace, he almost wept dearly. A tear had escaped upon the ending of this song.

To feel a tear fall, was a miracle for Argus. For he had shed no tears in fifteen years. Not even upon the death of his own mother. He has always been a happy soul, but lonely soul. One that is able in giving but terrible in receiving.

For Argus has never held himself highly. He has always been petrified of thinking of himself as something great. As someone with abilities to set the world into a new place. Even the small world that surrounds him. He has held himself in contempt. Slurring his thoughts with terrible curses, with vile and terrifying words.

For years, he has put himself beneath the likes of dirt. He sees himself as no more than an rotting strip of skin given the chance to feel pain. Though he thinks poorly of himself. He lacks no confidence in making others feel welcomed. Making others feel that they belong, even if they belong only to their own shadow.

Most see Argus and can feel his kindness. But also many are quick upon feeling his poor image of himself. For years, growing up many took advantage of Argus's kindness and low esteem. They would gladly have him aboard their fun, but quickly place him aside when his used was up.

Argus is a man of many scars, as are many upon this earth. He is no more talented, no more thoughtful, nor more grand than the next person. But Argus, upon the listening of the song that drew his tear. He swore to allow no others to burden him so. To only build up his world and those within it and so he did.

He fell in love with music, piano especially. At the age of thirty-two, he picked up piano lessons. He became so infatuated, obsessed with piano. He would practice sixteen hours a hours. He would practice till his fingers could move no more. He wanted to put every heartache, every hard time into the music.

He made the piano become his remedy of emotion and regret. He built himself a kingdom within his music, within the piano. He made sure that each time his fingers touched an ivory tooth, he would place a bit of pain in it.

Slowly unraveling his heart, not by note. Until he felt himself lift to the heavens and stare down among himself. His soul rose from his body and appeared above him. He watched with eyes filled with tears. He wept till the floor was flooded with broken memories.

Argus, became a man of himself. He became a composer of his music at that moment. After that, he  became a man of comfort for those in conflicting times, of the soul and mind. Allowing those in miserable thought, to lay upon his piano as he played. All who came for help, found themselves improved. All who truly listened and melded to his music. Found reason to heal, they found reason to be themselves and grow.

Month after month for three years Argus played music for the ill minded. Having at least two clients a week. Each time was a wonder for him, for he could feel the music was not of him but of something else. To this day he cannot explain it, to this day he still plays though his audience has dwindled.

For Argus his music is everything, for Argus helping others is a bonus. But as Argus plays for others, he has yet to allow another to play for him. He has forgotten himself once again. But even in such giving love. Argus has fallen once again to the dark carriage; that carries his horrific thoughts and deformed memories.

Listening to them as they spill upon the dirt road of his soul.

And so they speak wildly on nights of restless sleep. But Argus still plays, though his audience be small.
--
Why do you think Argus never let anyone play for him?

Stop, there is much to be read, A Man's Traveled Heart
Coming soon, The Bleeding Of Words