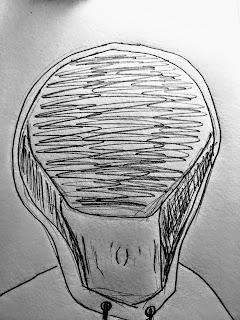 It's another beautiful day with the Morins family. Their usually weekend adventures has just begun. The sun is high, the birds are chirping from the edge of the woods. Everything is in perfect condition for the perfect family outing.

The daughter of the family, Molly, is swinging between her parents as they hold her up. She counts how many seconds she stays in the air.

Every time she lands on the ground a great big smile passes over her face. Followed by a contagious giggle that is accompanied by the smiles of her parents. Today she woke up excited, for today is the first time she gets to go to the zoo.

The zoo, being only a few blocks down the road they decided to walk there as a family. They are all anticipating a wonderful day. Spending time with each other is the best thing they enjoy. Nothing beats the goofy moments between the three of them.

Everything is excellent toady. Everyone is happy, the sun is coasting gently above the quickly spinning earth. The clouds are dispersed like a frighten flock of quail. No exact direction for the clouds but to fly.

As they walk down the road Molly continues to swing till she grows too tired to do so. She then leaps into a story of what her dolls are up to. As she tells the story of her dolls she constantly gasps for air to flood her parents with her amazing story.

She can hardly keep up with her own thoughts that most of what she says is in coherent but the parents nod and smile. Both the father and mother are grateful for there daughter, nothing is more of a miracle to them than her.

They are getting closer to the zoo. The daughter see's the large over extended sign of the zoo. It hangs over into the street a hundred feet off the ground. Ensuring everyone that drives or walks by sees it. Molly becomes jolted with joy. Jubilation explodes from her face, she lets go of her parents hands and starts leaping in the air pointing at the zoo sign.

"Look...look mom, look dad....look!" She spins around with an exuberant smile.

Her parents smile and appeal to Molly's excitement. They start to pick up their pace as Molly rushes a few feet in front of them. Only a hundred yards away and they will be at the entrance. It is still early in the morning so very few people are out walking or driving around on a this Saturday morning.

As they near the zoo, a man comes walking out of the woods on the left that are parallel to the sidewalk. The fathers sees the man as suspicious, his head is facing the ground and is wearing a thick hooded sweat shirt.

The father grabs Molly and tucks her behind his legs and tells her to stay behind him. Molly becomes a tinge frustrated as she was enjoying the rush of running to the zoo. But she listens well to her father. As the father gently guides Molly from behind her legs, the man nears the family.

His hands in his pockets. The family lives in a quaint neighborhood with the rare occasion of crime. Usually teenagers vandalizing a building. The man then picks up his pace just a little. The father begins to tense, he keeps his eyes on the man. He grabs his wife's hand and pulls her into him carefully.

The man is only a few feet from them, his hands still in his pocket and his hood over his head. The father feels the need to protect his family, so he does his best by keeping Molly concealed behind him and his wife.

The man then bumps shoulders with the father. But continues to walk, the father turns around and passes Molly to his wife. He looks to the man that bumped into him, as he does, the man stops. The father then tells his wife and Molly to keep walking.

The father walks backwards slowly, keeping an eye on the man as he stands still about two yards from them. Suddenly, the man spins around, removes his hands from his pockets. The father can see what is about to happen. He sees the grip of a pistol, he immediately tells his wife and daughter to run.

The man simultaneously pulls the pistol out from his right pocket and removes his hood. His face is tattooed with gang symbols and other unsettling drawings and words. The father tries to cover up his family. He places his arms out and puffs out his chest.

His wife and daughter are only a few yards ahead. This is happening all so fast there is little time to react. The man aims the pistol at the father and fires a round, it hits the father in his chest. The wife screams out, "Noooo!" Molly is quickly frightened and starts to cry.

The father falls to the ground choking on blood. He has been hit in the left lung. The wife picks up Molly and tries to run. But the man darts toward them, he catches up. Takes aim and fires a round into the daughter and mother.

They both instantly collapse, the man then steps forward and spits on the wife and daughter.

"These are our streets, you ain't got protection, you all messed now."

He then flares his hands into gang signs and then begins robbing the deceased bodies of the mother and father. He collects what he wants and then puts the pistol back into his pocket and runs back into the woods.
-----
Sadly, murders happen all the time, by guns, by knives, by bats, by whatever item a murderer chooses. Criminals abide by no laws and care little about others. We are a country of rights, and our rights should never be infringed upon. Our 2nd amendment right is a must for us. Not only to defend ourselves, but our families and friends.

What do you think about the 2nd amendment? For it or against it? Want it how it is or changed? What would you do to fix the violence in cities and why?