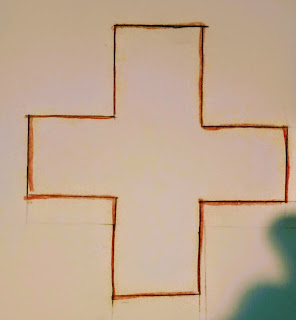 The other the day, I decided to walk into a bar alone and have a drink. I am not one for drinking alone, especially on a week day. But something about today drew me to the taste of a beer. Maybe it was the sun beaming down with its relentless heat.

What ever the reason, my want to cool off from the sun may have preceded the desire to drink. A tumbling affect, dominoes maybe. What ever the reason was, I decided to go with it. I hardly drink anymore after the stupor decisions I made in my past while drunk.

I have distanced myself well from my poor decisions. I have clarity in my life now, I have direction and purpose. No more waking with a stomach full of booze that leaves me nausea like a flu. Or waking with that awkward feeling of what the hell did I do?

Besides all that, as I entered the bar a cool breeze from the a/c welcomed my overly heated body. A smile of relief fell upon my face and then even more I desired a beer. A cool, so called refreshing, though it only dehydrates you, beer.

So, I approached the bar as I unbuttoned my suit. I grabbed a seat nearest the wall to wall window so I could people watch. That way, I could see what is going on in the world and not feel like I am drinking alone.

As I sat down I looked out the window and there, just as I sat down, someone else walked in. There was only about three other people in the bar before me, a very silent place, except for the movement of the bartender and the constant placing of beer glasses on the table tops and counter.

Mind you, this wasn't just any ordinary person, this would be the person who saved my life.

So, they entered, its a girl, she's wearing a lemon sun dress with red lipstick and brunette hair. Here eyes are like a hazel, or maybe a green. I could't tell at first. Just as she was nearing my table the bartender arrived and asked me what I wanted to drink.

I was slightly disappointed as I was trying to "people" watch this girl. She was beautiful, something about her truly attracted me. Anyways, the bartender asked me what I wanted, I answered and they walked away to pour my beer.

I then quickly scoured the bar for the girl, I didn't see her at first. It was weird because there was really no one else in the bar to block my view. Then, drawing my eyes one last time over the bar, I saw her, she was just walking out of the restroom.

I instantly felt my eyes dilate with excitement and my heart strangely flutter, as if I was nervous. She then sat down two tables from me and also started to people watch. I said nothing to her at first. My beer arrived I acknowledged the bartenders graces with a thank you and then took a sip of my beer.

A cluster of head percolated upon my upper lip, I let the odd but satisfying feeling dissipate. I then looked back at the girl as she was ordering her drink. She smiled as the bartender took her order, I was lost, attracted to her smile like earth is attracted to the gravity of the sun.

I could feel my head slightly spinning as I adored her dazzling smile. After she ordered, she turned back to facing the window and watched the people outside scurry about. I joined in from afar, guessing what person she might be looking at.

After a few minutes went by the girls drink arrived, it was the same beer I ordered. How did I know this, because it is the only light beer this bar has. So, her drink arrived and just before she turned back toward the window I raised my glass in hopes to catch her attention.

Surprisingly I did, she smiled and I smiled back and we shared a moment and cheered each other. We both took a sip with friendly stares back at each other and went about our business. For a few moments that is, until I saw a man outside wearing an over-sized coat.

I found it extremely odd, it was ninety-five out and this guy is wearing a trench coat? I then pointed that out to the girl and she found it odd as well. We then started to chat back and forth about why he might be wearing it. We both laughed as we discussed our thoughts.

Then, as we were talking and laughing, the man in the coat started to run, he started to run across the street, to where I work at. I stood up and started to watch with intense curiosity. Standing up caused the the sun to hit my eyes, so I squinted with my hand covering my eyes as I watched.

I work for a non-profit that is endorsed by the president. I mean, we are nothing massive, nor do we have any pull toward anything political. We merely design courses to help people gain skills for the work place. Especially for those who have come on tough times.

We have only been around for three years but have made massive strides in the community. We have given over five-thousand people the ability to become employed and eighty-five percent have been employed within three weeks of our training and still maintain a job.

With all that aside, I watched as this man ran toward my place of work, I then started to rush outside, the girl watched me with confusion. I opened the bar door and ran forward for a few yards and started to yell at the guy, he didn't stop, so I started to run after him.

I continued to yell, as I did, the guy looked back, I could see his eyes, they appeared angry, maybe even resentful. Just as I was half way across the street he ran inside the building. No more than five seconds after, I heard someone scream inside and then a large blast went off.

I was knocked unconscious, near death, by debris. I can't tell you what happened during the minutes before I woke, but when I suddenly woke, there she was, the girl from the bar. She told me not to move and do my best to keep my eyes open.

It reached my lips, it was blood, I was bleeding from my head. The girl had my head on her leg, she talked to me as I laid helplessly in pain. We talked for about ten to fifteen minutes and during that time I could hear people screaming and yelling.

It sounded like a war zone, from the corners of my eyes I could see people running. I was still lost at what happened. An ambulance then arrived, as it did she told me to lay still, she then placed her purse under my head carefully and disappeared from my view.

Still dazed I looked around with my eyes as my head was strapped down. I was lifted into the ambulance, and there, at the rear entrance of the ambulance was the girl standing. She was handed a folded up uniform, one just like the two guys were wearing.

Once I was in the ambulance she got in and sat down beside me. She placed her hand on my wrist and twisted gently till my forearm was facing up. I felt a slight pinch in my arm. She then stood over me and started to examine my eyes with a light and said,

"Guess i'll be starting my shift early."
----
we never know what someone does for living, so treat each other well, for you never know if that stranger beside you will save your life.

Thrill the heart with more stories, all original and not posted online, A Man's Traveled Heart
Coming soon, The Bleeding of Words