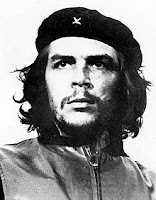 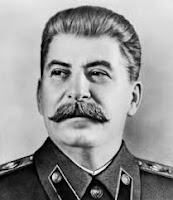 Unsatisfied he hungers for more. His thirst for it all reaches beyond the darkness we dare to even tease. He craves the feasting of his desires. He is vengeful in his wishes as he burns down the homes of others. Picking  pockets to supply the masses that follow behind with weary eyes bearing the hearts of sheep.

Driveling with blood of exploitation upon his flesh as he drinks from his hands of rule. The weak bow before him and so he rises with hate. He embellishes his care for his people. Acting in a shroud of fraud as he waves his shepherds staff. He clouds his intentions with silver words.

Never seen among his people. He orchestrates lies in the filth to demonize the populous of the wealthy, of the working. Only paying homage to the struggling, the poor. Teething with a tongue of envy, of greed.

He slaughters those that plot against him or deny his murderous law. He speaks from the violent mouth of malice as his grudge of the world feuds his thinking. So he speaks of wrath in righteous tones, as he seeks the destruction of those whom act in ambivalence.

He strings a row of masses upon a wall of execution. They plead only for the freedom to be, to choose, to think. But he denies with a repugnant gut and lathers himself in his virtue. He forces lies that praise him, stories that paint him bold.

But colors of grey weaved of crimson threads seep from his chest. They billow upon the streets like the smog of burning coal. Lungs become putrid of breath but fear the resistance to purify. To surge against the tyrannical in consequence of the scythe.

For his pleasures of power knows no bounds. Limitless has his desires become. His riches fill the sky but his streets sink to the sewers. But his tower is built with no windows and his greed is of the vengeful.

The streets ache of hunger and are built of tears. Skeletons walk with pale flesh as bodies become the iron fist of order. Using fiction as means of transportation of power. He dwells in his chambers with a dark heart and full belly.

Yet, many, still hold him as change for the better.
------
What do you think I am referring to in this story, hint, it relates today's naive generation?

More untamed stories to be read in, A Man's Traveled Heart
Coming soon, The Bleeding of Words.

Thank you for reading!