A Spy and His Love 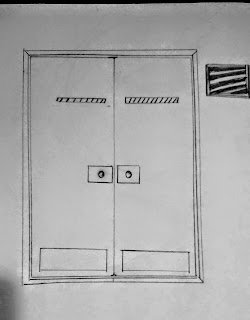 A Spy and His Love

I hear her screaming from the other side of the door. Everything in my body is fighting to get to her, to keep her alive. Even if that means the sacrifice of my own life. My adrenaline exceeding what I have ever felt before.

This moment is clear, smooth, with what my intent shall be. My mind indulged in rage, but my heart concealed in the allegiance to my love. I bear all this upon myself, it never should have came to this.

Everything was perfect; perfect, till my simple slip up. I got carried away in the comfort of our life and never saw it coming. I should have, for the information of my last mission was never exposed to me upon completion. Whether the enemy was deceased or not, was never disclosed formally to me.

I was in such a rush to walk away I was blind sided by lies. My own in command had fell into some hot water with the enemy. For what ever selfish reason, they saw the only way out, the only way to tie up all the ends, was to get rid of me.

Funny thing is, I never would have noticed, even if I did, I don't know if I would have ever said anything. Everything I fought for, was never truly meant for the people. But rather the radical cause of one man trying to spread is tyrannical wishes, and I was adopted at young age into such thought.

Now, here I stand between a door and the death of my wife. I can hear them torturing her, never have I felt such pain. Each scream I agonize with her, my stomach curdles with sickness and my heart constricts with grief.

This is the moment where we either end up laced in the arms of death, or we survive, and I pray she forgives me. My comfort put us in this situation, my impatient need to leave the "FIRM" clouded my judgement.

I should've walked away the moment they presented me the mission, but the words I longed to hear for years, finally reached my ears, "Do this, and you are free to go."

I'll never forget that exact moment, the relief of freedom was at the tip of my tongue. I could taste, I could feel, the immunity of having to never worry if I will make it home alive; dissipate instantly. All I had to do was hang on for one more mission; and I did, which paid me with loitering regret.

Now here I stand, strained with vengeful prowess. My set of skills is something I have honed for many years, day in and day out. Today, I have to be truly exceptional with them, for there is nothing more important in my life, than what is on the other side of this door.

So, with my madness to save my wife, I place explosives on the hinge side of the door, I set them up quietly. I continue to hear my wife scream and it only enrages me more. I then pull out a cathode camera tube and carefully slide it into a vent that filters into the room my wife is in.

I see three men total. One, psychotically smiling as he inflicts malicious acts upon my wife. The other two, one stands by my wife, the other, standing with well groomed posture and watching the door. I can tell these are well trained men. Most likely men that either could not cut in the civilian world or were pushed out of some elite unit.

But it does not matter, they know I am here, but they just don't know when I will show up. I remove the camera from the vent. Place it carefully on the floor and pull my pistol from my holster. I have four rounds left.

Getting here was hell, but worth the danger. I use my forearm to remove sweat from my head. I then place the charge into the explosives. I step around the corner, take in a breath. My finger rests gently upon the igniter, I hold my breath for a moment and let my plan run through my head.

I release my breath, I hear my wife scream one more time out of pure pain. I press the button, the explosives split the door from the hinges. It falls, debris and smoke cloud the air. I pull a flash-bang from my pocket it and toss it into the room.

I hear none of them men inside the room speak. The flash-bang bursts, I stand up and rush in. Pistol raised, preparing my eyes to focus on the supposed position of my targets. I turn to the left of the door, smoke still lingers in the air. I suddenly see a leg, I clearly see its one of my targets, I fire at the leg, the target drops to his wounded side. The smoke clears, he looks up, goes to raise his weapon.

Before he does, I leap to tackle him, and flip him to face my enemy. The enemy fires and kills him.  The shots from the enemy go cold, the room smells of gun powder, I press the body off me with my legs.

I set my target up and let off a single shot, I hit the target right in the head. He drops, I suddenly hear an insane scream, one a mental patient might make during an episode. I look over and it's "The Butcher" charging at. Mind you, hes six-foot-eight, and me, five-eleven. I turn to him. He's charging me with a large blade. His eyes wide with the satiation of murder and infliction.

I give no hesitation and fire a shot into his chest, it hits slightly above his heart. He keeps charging, I fire another shot, I hit him, but only injure his ear. I am dry of ammo, I look to my left. The body of the fratricide enemy still holds his rifle. But he is laying on top of it.

The Butcher is closing in fast, I crawl over to the downed enemy in hopes to retrieve the rifle out of desperation. I reach it, my hand is on the butt-stock. I hear The Butcher maniacally laugh and I look, he's mid swing with his blade.

He comes down heavy and I move out to the way. He grunts with anger and grabs my leg. I grab hold of the enemies body, The Butcher begins to pull me. I cling to the body and the butt-sock, but I cant hold this forever, he's going to try and stab me again. He goes for another swing at me, I kick his knee he buckles a bit.

It gives me time to grab the rifle, but its snagged on something, The Butcher, groveling over his knee for a moment, I scramble to see if I can find anything else on the body. As I search, I feel The Butchers hand on my ankle as he tries to pull me in again.

He is successful up to a point. I grab onto the ankle of the body and I feel something. I struggle but am able to lift up the pant leg over the ankle. There, strapped on the ankle is a six inch blade. I pull it out, I let go of the body and The Butcher pulls me in. I let him swing down, I move, I take the blade and jam it into his ribs.

He yells wildly and struggles back and frantically tries to remove the knife. In his panicked state, he drops his blade. I pick it up and walk over to him. He's on one knee and painfully removes the knife. Just as he does, I say, "I'll butcher my own meat today."

I take his blade and swing it up under his chin and into his skull. I force him to his feet. The ever distinct sound of a man chocking on his own blood gurgles from his throat. I press him against the wall and pull the knife from his head.

With my teeth clenched and my heart pulsating with anger, I repeatedly stab The Butcher till he becomes a human pin cushion. In my feat of rage, I hear a familiar voice, it echoes between each retracting of the blade from The Butchers chest.

As the voice continues it grows louder and louder, till it becomes completely clear. I hear my name being called. I suddenly stop my primitive craze and cease any motion. I hear my wife telling me to stop, over and over.

I do, I then turn to her, covered in blood and I look to her. She's tied up, eyes black, body bruised, they stripped her down and blood looks as if it had been poured on her from all her wounds. I instantly drop the blade and tears fall from my face.

I rush to her and untie her. I quickly embrace her in my arms as we cry together. I remove my shirt and pants and give them to her. We make our way out of  "The Torture House," I call an ambulance.

After Six months of recovery, we move into a small town where no one knows us and we know no one.
---
Was this thrilling to you, what got you the most?