A Genius of Now 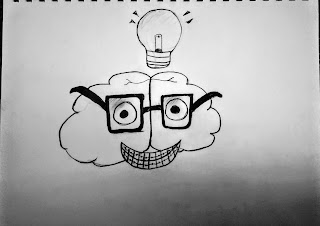 A Genius of Now

He's a genius they say, for he invents, pushes and aims to change the world. To give the average the ability to touch the stars. To see our planet from the cusp of existence. How strange, how amazing, how bold this world has become.

We flourish with ideas, exchange them with one another around the world in an instant. Minds of overwhelming creativity burst into the spotlight, only if they are so daring to do so; as is the genius I speak of.

He has brought electricity to our feet, thrusting individuals through the streets. He has scrapped the skies with science, with rockets of mechanic brilliance. Stretching science to a new weave of design. For long we were limited in the world by the hands of our government.

Only the agencies, foreign and domestic of this dazzling planet were awarded the limitless endeavor of exploration. But now, a man of intrinsic and thought defying vision, has torn down such wall. He has given back the independence of expedition. He has brought the world what only the many have dreamed of.

Now, we are in the reaches of mass exploration. To fly to sites only a special select have seen and driving us to a new view of what could be.

I only hope, in his wild and beautiful venture, he does not fall to the all to easy words of the powerful, the corrupt. For too often great men become the vessel of the greedy. Expunging the exuberance of man for malcontent taste of power.

For the door that has been unlocked, is a door that can never be shut. It brings new stories, new light, new hope for new advancements. I hope that what change he brings, will bring light to the shadows that be.

The hidden gems we are not told of. The cures brought by new inventions, new materials, new ideas. We are amazing creatures, for only we can be as what we want, and do as we please. We are gifted to with the ability and opportunity to bring our dreams to reality.

But we must be brave, persistent and willing to fall. As has this man, and who this man is, I shall not say, for truly it does not matter; though you may already know. For a name is but a word, and what truly brings meaning to a name, is not the words it speaks, nor the words it writes, but the actions at which the beholder of a names takes.
----
Who do you think I am talking about and what do I mean in all this?

More thought expanding words to be drizzled upon the mind in, A Man's Traveled Heart
Coming soon, The Bleeding of Words