A Fading Wound, A Warrior's Death 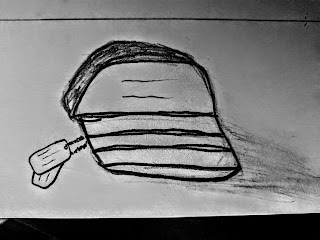 A Fading Wound,
A Warrior's Death

Old, most just pass him by. An era past, forgotten and left behind. The world spins without patience, without delay. Time, a ever ending creation lasting beyond death. And he sits, alone, atop a park bench.

Carefully listening to the chirping of birds. The soft distant chatter of passersby, as he feels the echoes of his fading thoughts. Memories long held in horror, visions of massacre, of impending demise at the eyes of the enemy.

His grey hair, covered in an old black hat, labeled with golden words. Sorrow rolls about his heart like a tumbling stone to the splitting of earth. He remains the last of those he loves, those brothers he held dear, in time of crises, in time of peace.

Friends that felt as he did, friends that knew of his scars. They too shared such wounds, silent and those of the visible. Shadows of anguish shower his face, his sinking skin slowly reaching to earth. A grave be his thought of a paradise wish.

But he remains, for his brothers would be angered in an early taking. So he sits, alone, with crooked knees and battered joints. Worn in the constant fight for life, at home and war. He stares idle to the ground. Looking to each blade of grass.

Letting sounds of battle rush through his ears as if still there. Screams of agony bleed from the darkened memories. Chaos roams his soul like a wild beast keeping taught its prey. Giving no leash, no serenity, only the anxious.

His lips move in subtle motion as he whispers the names of those who perished. Those who lost life in the pursuit of protection. In the fight to keep safe the grounds in which he walks upon and those who surround.

Alone he sits, the last of his kind. Warriors of war left to the ashes of conflict. History has been torn and voices mock in their close passing. But he stays steady, for honor be his badge and love be the life of a brother.

Raising his head, he looks to the stretching street, crackling sounds of combat shout. Breaking silence in his head. But he does not shout, for there is no saving the last bit of tranquility that rests. Alone he sits, his eyes now shut.

Head slumped, chin to chest. His grey hair covered in a black hat, etched with golden words. And so he rests, waking to his paradise wish.
--
We forget those that kept to their country though most will never understand. Most will never fight, we forget them so easily and pass by their names without a second thought.

Let us never forget the pain that comes with war, good intentions or bad.

A Man's Traveled Heart
Coming soon, The Bleeding of Words.