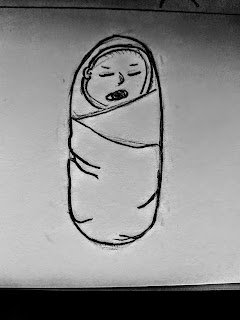 Her arms spread wide to the wind as it passes through her hair. Her locks flow with majestic breath of nature. Her eyes of emerald blue watch as the sun slowly falls. The clouds disperse as her dragons wings wave effortlessly through sky.

She feels no danger, no weight of life bearing down upon her. She is free, weightless as she sits atop her scaly friend. His skin, blazed in the colors flames. His eyes, as dark as the the unseen surface of the moon.

His wings span further than two homes side by side. He stands six stories high, he is the largest of his kind. But he is of no threat to the world, for his mother, Sasha, who sits atop him. Has bred him in peace, but he is no stranger to violence.

For once they ruled with respect, the greatest kingdom of all. The kingdom of Raulled, a place of great power, but of great love. It was a place where all could be as they wished and do as they pleased in the bounds the kingdoms law.

Sasha ruled with an open heart and so did her king. But her king was slain in his ruling by his own brother. A brother who brewed with envy from the day of birth. For he was born with only one arm. Born with an ailment most the world viewed as grotesque, unfit for any duty or work.

But the kingdom of Raulled cared deeply for all. Churches cared for the poor, the weak and gave work to those who could not find it. It was a place of endless endeavors. But as the years grew the king's brother Prain became envious.

The kings brother, Prain, his envy grew from his parents mistreatment of him. But his brother, later the king of Raulled, Gabriel, cared for him as best he could. But no matter how hard Prain tried to please his parents in effort to show his worth, Gabriel was chosen for all the better parts of love.

Gabriel never wished such poor treatment upon Prain. But Prain's envious heart of darkness would heed to no love of Gabriel. He spoke of Gabriel as if he ignored him, blaming Gabriel for his cage of solitude. But Prain was too blind in his rage to see what Gabriel wished for him. What Gabriel tried to do for him.

And so the years passed and they grew apart, never to see each other for fifteen years until Prain came to murder Gabriel. On the birth of Sasha's, the queen, and Gabriel's child, Prain came from distant shadows. Bearing a dark aura upon his heart.

Something Gabriel had never felt.  He could see the shadows percolate like flames form his chest. But no other could see such a thing. Upon the night of the king and queens child's birth, Prain came to them in their sleep.

Haunting their dreams as he sent his minions to kidnap the child. And in the haunting of Gabriel's dreams, Prain was seen by Gabriel and he awoke from his nightmare. He rushed to his child's chambers and found his child missing.

He rushed through the castle calling out for his child. But it was silence throughout the kingdom. For Prain had sent death to all those who guard it. In the fear of his missing child Gabriel rushed out his kingdom, stood foot at the edge of his bridge over his moat and called out deeply for his newborn.

As he called out, Prain appeared, forming from the misty shadows that cloud before Gabriel.

Prain remained silent, he drew a bow from his back and placed an arrow upon it. His eyes glowed with green envy his heart with black flames. He drew back the arrow and released it. It struck Gabriel in the chest.

Gabriel fell upon on his knees. Prain approached with hate. Prain smiled, looked Gabriel in the eyes and said.

"I took what our parents took from me, my heart. So I take yours."

Gaberiel collapsed to his death and Prain vanished, never to be seen again. The queen Sasha, never woke from her nightmare. Prain had cursed her with an ever resting sleep bound in nightmares. But her loving sister took her from the kingdom and brought her to a wizard.

A wizard who she thought could save Sasha, but the best he could do, was give her dreams of beauty,  of freedom. Allowing her to live in her sleep with what ever she desires as if she never died....

Sasha, takes her arms from the wind as she sits atop her dragon, places them upon her chest and there, upon the breasts of her heart, is her child held in the grasp of her arms and swaddled against her chest.
---
Grudges never heal anyone and grudges never bring peace for either party. When has a grudge ruined a relationship for you?

Find more stories in the palm of your hand, A Man's Traveled Heart
Coming soon, The Bleeding of Words