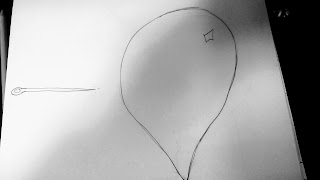 This ego, this thing, this voice that pleasures in the destruction of self. It whispers with naive tendencies. It tells you to hide, when you are shy. It speaks that you are to weak, to frail to speak up, that doing so, you will look a fool. That you will become the outcast like a lame child to war.

This ego, it inflates the ideals of man. Pleasuring it self with pain, or the eccentric greed of flesh. Telling one to dress in attire to be presentable when one is working to sweat. It tells the fragile ego of a man, to strain himself, though injury may incur.

This ego, it pulls the heart of man, like oceans pulled by the moon. Often it spreads itself like a virus, undetected, recognized as a simple protein of the body. Only later, to be discovered as a sickness, a ill voice set to demolish.

It withers the body in slow agony, a mental severing of esteem.

Though it is vile, is can also be a pearl. Smoothed, whitened, and set to the purity like clouds brushed upon a blue sky. It can tell one to go a little further, it can tell one to strain, only in the limits of self. That patience and practice, one will break beyond the barriers of now.

It can tell a man, he is good as he is, but there is improvements to be made. But made in the rationale, out side the obsession from the view of others. It can tell a man that though he has little in materials, there is love to be met in his heart.

It can tell a woman, though her hairs has been cut. She is still she, and she is brighter than yesterday. That though she, rejected in the presence of love. It is not her, but the broken ego of the other. That much is still to be loved within.

An ego can be the death of one, or the life.

But like any living thing, it must be cared for, taught, learned, and gathered with self-restraint. It is a lion in us all, but the cage can be neither too big, nor too small.
--
Thank you for reading, when has your ego been to big or too small? What lessons can you give others to control it?