A Death Of The Impolite 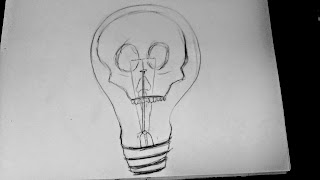 The Death Of The Impolite

Ardinal, Upon his arrival places his bags by the concierge desk. His eyes scanning the hotel with an utmost pretentious glare. Seeking deficiencies in the hotels composition, snarling under his breath at the most minuscule defects. A mere bulb is out in the chandelier that hangs with a magnificent purity of architecture. It hangs between the stairs of the hotel that leads upstairs as if open arms.

His chest puffing in an appalling position. His hand tapping at his chin in command to find what else could be wrong in this place. He sniffs the air as if smelling a rose. Upon the ingestion of air, he smells a slight pungent smell, a smell of old cigarette smoke mixed with the now sweet scent of melon.

Instantly he flares his nostrils in disgust. Covering his mouth, he makes a slight posture as if to upchuck in his throat. He turns his head back to the front desk and places his hand over the calling bell. He begins to vigorously press the palm of his hand down upon the bell.

Upon several rings an employee appears from the back room. He appears wearing a black tux lined in red with a name tag, which read, Max B. Max approaches the the front desk. But approaches with a tear and gently worn smile.

Ardinal, ringing the bell only ceases to stop ringing once Max asks what he can do for him.

"What took you so long buy? I have been standing her for a plethora of minutes! You ignored my ringing for at least thirty seconds of those minutes. And you approach me in distraught! There is a bulb out on your chandelier, the smell of this place is repugnant. (pinching his nose) It smells as if someone curdled the smell of cigarettes and tried to hide it by stuffing it inside an old melon."

Max, wiping the tear from his face and trying to smile.

"I apologize sir, the chandelier is getting fixed tomorrow night and the smell, I do not know what to say sir, this is the first I have heard of this complaint. What is it I can do for you outside of these issues at the moment?"

Ardinal, pulls a pocket watch from his left inner breast pocket and ensues to look at,

"I would like a room before I grow ill of this place." placing the watch back.

Max steps over to the room ledger book. Opens it and asks Ardinal what room he would prefer.
Ardinal replies snidely,

"Look at me boy, what kind of room do you think I want, a suit, I would like your largest suite."

Max bites his tongue as he tries to hold his tears back, but one escapes.

Ardinal leans in a bit and sees the tear that has escaped Max's eye.

"Why do you cry boy, you are at a place of business, this is no place to put your customers in a melancholy mood."

Max wipes the tear away,

"My mother died last night sir, but I cannot afford to take time off."

Ardinal with no sympathy for Max's situation.

"Well boy, life happens and you must learn to deal with it. The least you can do is leave your tears at home and keep your customers from feeling awkward....that would be three nights."

Max marks the book for three days for suit Vista then looks up from the book.

Max writes his name down in the book. He proceeds to close it and hands Ardinal the key to the suite and asks if he would like help with his luggage. Ardinal replies with a resounding yes, Max grabs the luggage and leads Ardinal to the stairs.

But as they make it halfway up, something suddenly happens. An earthquake shakes the hotel madly. The chandelier sways with no choice in direction. Ardinal holds to the railing. His eye filling with fear and Max lets go of the luggage.

"Don't let go of my luggage boy, those are most valuable!"

Max tries to reach for the luggage, but the earthquake throws him off balance. He tumbles down the stairs upon reaching for the Ardinals luggage. As he falls he is able to grab hold of one of the railing posts.

And as his heart races he begins to cry, tears fall and his heart becomes a pool of sorrow. He pays no mind to Ardinal or the luggage. A sudden crash of glass and metal echoes through the hotel lobby. Max looks up, the earthquake ceases.

And there, just half way up the stairs, is Ardinal, crushed beneath the chandelier. But oddly enough, the electrical wiring of the chandelier holds with a struggle. And all but one bulb is working, the one that was pointed out by Ardinal.
-----
Thank you for reading, when was the last time someone treated you poorly yet you remained kind?

If you wish for more, get yourself and awe stricken copy of, A man's Traveled Heart

Thank you for your support.