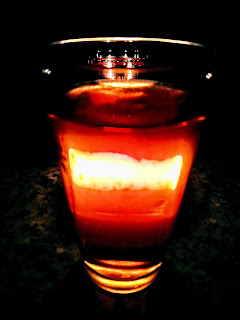 Down the narrow path lies a red light, a light that flickers and shines only at night. With a carved sign that's says "no trespassing or you will die." No feet of the villagers near by, have ever dared to peer to the other side. For there is too much fear and imagination to stride.

They talk of those whom may have died upon being crucified and left to dry. To hang damnified for the horrible things they did with villagers to be sacrificed. Even stories of an ugly man who was ostracized for his looks and left to die. To be recluse and sing his tunes. Some say if you listen close enough, you can her him play the organ, with a man name Hyde.

Some speak of a child whom's spirit floats about that of the other-side, who died on a carnival ride. Though this path is hidden on a mountain side, near a village few have seen with a naked eye. This path resides world wide.

Though these stories have little evidence to be classified. Many continue to tell stories with crumbling lies and putrid cries. For what truth can be told, when no soul will stand up with pride. To step aside from the ramified bribes, of stories that have never been mollified. But no matter the lies, that seem to satisfy these villagers occupied minds.

There is something that draws all to this dark and narrow path that is visible only Halloween night. When the moon has pulled full tide.

But what is down this dark narrow path, this untouched, unkempt subdivide?

For only shadows know of its tell tale truth, its eerie lingering vibe.
Some say a vampire lives inside.

"But I, but I say that is a lie. A werewolf must live on the other-side. For no vampire would live where the sun would rise, that would be suicide."

"But me, but me, I think a mad scientist is what the dark narrow path hides. And that spooky red-light, is but the experiments with fluoride."

"But I believe neither of what either of you say, for what is on the other side, of this dark narrow path, is but a murderer, with a hollow glass eye. A murderer who stands seven feet tall, who came back to life, after being drowned in water that was toxified."

These three mouths will believe whatever their minds say. Drawing shadows from shadows, creating thoughts that leave souls petrified. But honestly they are all correct in what they say is on the other side of this spooky dark path.

For all three live on the other side, for its their home they speak of, their home that which they occupy. But they are blind, drunk these three fools, off spirits on Halloween night. As they drag their friend whom has been mummified.
create death. life fantasy Halloween horror reading rhyme rhythm science seattle short story soul spooky Why I write writing writing is difficult
Location: Everett, WA, USA