No Family Is Perfect

September 08, 2017
Nights were far from elated. Arguments were our forte, it was our nightly thing. Like reruns of your least favorite show, playing your least favorite episode over and over. Yea, that was us, every night for three months straight. Either I did something wrong or I didn't do enough. I can still feel the animosity clouding the house. Our arguments haunted the very walls of our home and engraved themselves our foundation. The heat from the arguments you could feel rise from floor just before the first words were shouted. Our home was a nightly battleground and I always left with my head cut from my shoulders. 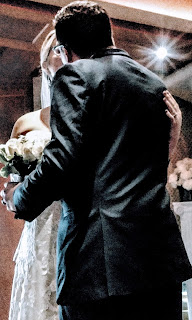 See, I had been laid off from work for six months. Those six months I stayed home and cared for our child. At first it was great; my wife could work and she did not have to worry about me working late and having to watch our daughter for the rest of the night. Things seemed to fit well together then. But, after about the third month, I started to struggle and she could see that. The home became a mess and I became a mess. My emotions were in the dump and my mind, I don't even know where that went. For the life of me no one wanted to hire me. I had only been working one job for the past six years and it was a job that was being replaced by the almighty machine. I knew it was going to happen, but I didn't take the necessary precautions. There was plenty of opportunities to get training for other positions but I passed.

Nothing seemed enjoyable enough to want training, my own job I loathed. Six years, six damned years I slaved away at the same job. I had reached the top of my position and could go no further. I guess it was only a matter of time before the company cut my job. It’s simple enough for a machine to do and now it does. Can't blame anyone but myself. But, during that time out of work after three months, a cloud hit me, a dark heavy cloud. Only thing that kept me going was my daughter. The love I had for my wife was there but it was being strangled by my lack of compassion for our situation and my lack of action. Along with my wife having to work extra hours to keep things going.

I was too prideful to tell her how I felt. And I had never been in this position. I have always provided for my family. And being the man I am, I felt I had been chopped off from the knees and hung from the tallest tree. I felt like there was nothing left for me to do. And then came the arguments. Furious arguments, arguments I know that broke the heart of our daughter. I know they broke mine, shame was my companion for six months. And three of those were spent with a noose of disappointment. My wife had empathy for me for a few months but no one can have it forever. I tried my best to not yell, but each time there was something she would say and it would get under my skin. Especially when she'd cross her arms and look at me as if I was an idiot.

Disgust seemed to linger off her. Going out together, there was straining of embarrassment that followed us. Too often she wouldn't even want to come home. She would disappear with her friends all night and come home after I had put our daughter to sleep. Each time she would come home smiling and I hoped that would be it. That she was over all this, but she wasn't. The euphoria of her friends would wear off quickly. Then her bones would boil with anger as she saw me sitting down watching TV, playing on the computer, or simply listening to music and eating. Nothing seemed to keep my wife happy anymore. Flowers, date nights, walks, our favorite shows and games. Nothing made her smile but her friends. I could always feel the anger roll off her body, and when she did one of those false smiles that gleamed with, " I am so mad at you," I knew I was done for.

These three months felt like they would never end. And they still haven't, well, at least financially and employment wise. But emotionally they have changed. Our family has never been stronger. It all changed when I couldn't hold it in anymore. I couldn't hold my ego back and let pride contain what I felt. One day, after putting my daughter to bed. I looked her in the eyes and a tear escaped me and fell upon her precious lips. She smiled back and so did I. I felt my heart flutter a bit, as if something had lifted. Then I heard the door close from down stairs. My wife was home and I was already preparing to argue. My hands closed to fists and my eyes burned with frustration. But this time, this time tears were falling gently from my eyes. My body started to feel soft, hollow, and weak. But not in the exhausted weak, but in the, forgiving of pain weak.

I then heard the steps of my wife making her way up stairs. This moment had me confused, lost in everything. My emotions, my thoughts, I didn't know whether to be angry or sad. My wife pushed the door open and I turned away from our daughter and looked at my wife. She had no smile, just a stern look. She was ready to pounce me with words. But then she saw, she saw my tears. I started to tremble as I looked at her. She looked more beautiful to me in that moment than I had ever saw her in long time. All these months I busy clouding myself with pride and shame. When I should had been showering my family with love and strength. Not falling to the way side and letting my misfortune shadow what I should be so grateful for. And in that moment my wife connected, she spilled tears along with me. We held each other in silent tears and I began to talk. I began to release everything I had held inside.

I collapsed to my knees and looked up at my wife and asked for forgiveness. And spoke what came to my heart. That I won’t live in my own misery, that I will stand up and take charge of myself and do whatever it takes to get us back on track. That I had been choking on pride and walking with shame of what I felt was a failure to my family. But upon my confession my wife smiled with tears and lifted me with her loving hands and embraced me. And in the back of our teary-eyed moment. Our daughter smiled and laughed as my wife gave me kissed.

(What do you do to deal with your pride getting the best of you?)

Like my original work, want to take your soul on an adventure?!
Grab yourself a copy of my book, you wont be disappointed!
👉 A Man's Traveled Heart