Do Not Make Waves Or Prison is Where You Will Stay

September 28, 2017
Do Not Make Waves Or Prison is Where You Will Stay

In a world where everyone is the same there was nothing extraordinary. For no one drove against the normality of society. For those that did, either disappeared or were scolded and tossed to poverty. All things were fair, from salary to food. No family had too much, no family had too little. But no family was without more than four. 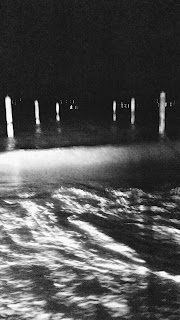 No one was without employment, CEO's did not exists. Bosses did not exist, hierarchies did not exist. Only a government that "knew" well for its people. If one did no like their job, they were simply transferred till they were happy. If no job could suffice their happiness, they would not speak of this. For three jobs transfer is the max, to be fair for all. And if they did speak up after the third transfer, the consequences are unknowing, for those that have, were never heard of again.

An entire family vanishes if one member cannot feel happiness from their life. Disagreements are settled with law. Speech is handled by the government, a simple foul word spoken against another, words that are not legal in the land. One loses the opportunity of "freedom."

This is a world where everyone is the same, where nothing is extraordinary. No worries of competition, sickness, mental illness,
(Unless you wish to have a mental sickness), or pain of any kind. No bullies, no murders, no hate, at least that's what they want you to think. That's what the media, the government, the professors of the world speak of.

They plaster the world with "Love," banishing those who are not like them. Those who do not adjust to their ways. If one does not adhere, prepare for a frightful end. For you will no be welcomed no matter what you say. The consequence will be heavy, the vanishing of self, the death of your soul, or the vanishing of your entire family. For in this world, no one thinks differently. All inventions have ceased, all new thought has grown stale. If you are found inventing, it is no longer your invention. If you are found thinking, they are no longer your thoughts. For no one here thinks differently. For differences bring advantages, they bring debate, ideas, dreams, and wishes.

These are all things this world does not allow. Your choice of speech may end you in prison and crowds will cheer. For you can no longer spread your "sickness" your supremacy among the world. Do not dare speak if you are of the majority, for you know nothing of struggle. Those that break the law but are of a minority. They may speak freely and if you catch one breaking the laws of speech. You will have no choice but to grow silent.

For their voice will be loud and the media will adhere, for it draws attention without conscience. This is a world where everyone is the same, this is a world where nothing extraordinary happens. Where all fairness comes into play for all people, at least that's what they say.
book burning denial depression education Family marriage mental illness millennial millennial generation never quit poet seattle short story technology thoughts why do we lie Why I write winter
Location: Everett, WA, USA